thumb|300px|right|Memph at the left and Darkaru at the right and singing.

Darkaru: Neeeeeeeeeeeeeeeehhhhh this is a crack pairing created by me! The dark data realm king Darkaru! Ahahahaha!thumb|640px|right|Darkaru singing about his lovely feeling for Memph. Guest appearance by Mason as Akikiri and Justin talking to KID

The dark data realm king Darkaru has always tried to kill Memph. Although he states that he is trying to kill Memph out of hatred. He is actually just trying to get his attention and lure him into his passionate arms. He wants to prove to Memph that he is a far more dangerous and better protector than Hikaru could ever be. He goes as far as calling himself his dark servant for Memph. Memph on the other hand is utterly disgusted by Darkaru's appouches which is becoming more and more disturbing. Darkaru's lastest attempt to woo his lighter counterpart is the plot of getting Memph away from everyone and giving him a nice passionate kiss.

WTF Yaoi....You are one sick and disturbed mind Darkaru. -_-# Can't mess with my classics. 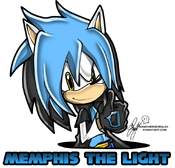 I refuse to support.

Darkaru: Whattttt? I can't have my fun?

Mason: it;s not that I'm only slightly irritated...thank goodness it isn't ME

Dennis: Okay, If your going gay, I'm denouncing you.

Dennis: I can If I have to.

Darkaru: GUYS IT IS A CRACK PAIRING!!!! and noooo you can't.

Mason: thanks darkaru, and we know..

Twist: why do I sense the feeling someone is gonna make a stupid pairing with me and Mason T^T

Mason: must be your head..

Twist: good thought... but hey I liked the description..it was silly...but this is kinda stupid :/

General: Oh this is gonna be fun.

Sentara: well he is the king, hon

Twist: I'm gonna polish my gun if anyone needs me *sighs and walks off*

Mason: I'll go too...incase darkaru tries to make a couple of me and twist *follows*

Mason: Okay, but whoever does that has a REALLY sick mind *still following twist*

Dennis: This is so wrong.

Danny: You've gotta be kidding me...

Darkaru: *holding me like a plushie* I love my Memphy.

Memph: Scratch that saving bit.... just someone kill me now.

General: Oh all right. Hold still. *pulls out the 7 Barreled Laser Cannon of Death* This won't hurt a bit.

General: No. Adding a scope is overkill.

Darkaru: *jumps away* NO! No one kills my Memphy but me!

(Mason walks back in now very angry and distrubed)

Mason: uhhh guys... your both A. irritating my head. and B. me and twist found something you both should see... *holds a photoshopped picture of him and twist kissing eachother* IT'S THAT SCARY DX

General: *sigh* *puts his cannon away* This is just wrong.

Brandon: *Walks in* Ok, what sort of "medication" did that retard of Shadow's give to my king now?

Jason: ...I swear I did nothin this time.

Jango: he did notin

Shadow: AND HE'S NOT MINE

Darkaru: *looks at Mason and grins* I know who did that! It was your human counterpart! You should definately kill him! *laughs and then looks to Brandon* No medicine! I just love my Memphy! *rubs his cheek on Memph's*

Mason: :/ then who will I play games with ;_; and besides rutee would kill ME also... besides...he isn;t good at photoshop I seen him try to photoshop...he sucks at it

Ciel: *laughs* Memph, you need some help? *floating above via psychokinesis*

Jay: -appears from a flame portal- It's Kobayashi ti- -looks at Darkaru- The frick?

Darkaru: Pffft who cares. *spins Memph around like a rag doll* At least my Memphy won't betray my love!

... hey atleast you aren't the one that lost some of his blood for a good will experiment!

Darkaru: *frowns* Do I look like I care what you did?

Mason: he's right.. he gave some blood for one of my research tanks. and got it backk soon after.

Twist: ...you REALLY wanna get hit my the rainbow laser or not? *growls quietly*

Twist: ...thats it...TASTE THE RAINBOW! *shoots a laser from his hand*

Darkaru: Adorable.... *takes out a switchblade and aims it directly at the center of the laser* But you forget that I am king little boy. I don't have this title for laughs and giggles. <3

Mason: Uhhh you don't wanna know...but yopu can guess if you want *runs off*

Twist: no not that....look behind you D: *very scared now trembling in fear*

(behind him is surprisingly..Mason's pet metroid.)

Darkaru: Nehhhhh how annoying you are turning out to be.

(the metroid then returns his brains back)

Twist: yeah believe it or not. THIS METROID was the one I saved and got this from...

Mason: but since it nmever SAW you grow up yet...

Twist: thats WHY I said for you to RUN... is to save your brains from being sucked out.

(the metroid then latches to mason's head in affection instead*

Twist: ...still reccommending you run from him..

Twist: ya want to live? still should do so. but your choice..you can still die by TEH RAINBOW! *shoots 2 more lasers* and besides YOU STILL OWE ME FOR WHAT HAPPENED TO DADDY D:<

Mason: come on little buddy ^^ *gets up and walks off with the metroid still latched to his head*

Darkaru: *jumps up over the beams with Memph and lands behind Twist* Neeeeeeehhhhh your soooo annoying.

Twist: ...okay NOW you crossed the line. if there was a line in any part of this :/ but still you crossed it *growls and his other hand glows in a rainbow-ish fashion* TASTE THE RAINBOW *shoots 2 more lasers from both of his hands*

Mason: *walks back in with the metroid on his head* ... oh dear XD

Twist: I'll try my best... just wish I had the powers to WIN this fight..I never win a THING when it comes to this sort of thing..

Darkaru: *already in front of twist and he puts his hand on his head, the pressure he is placing on his head shows no love.* Stop being so annoying.... really. You... won't... win. <3

Twist: ... *trying to fight the pain of the pressure*

Darkaru: Good little boy <3 *A dark grin as he takes his hand off of his head and then uses that same hand to flick Twist's forehead with his pinky. The force of the flick is surprisingly powerful*

Angelix: Hey! Don't hurt that fox! (stands in the way of Darkarus flick)

Twist: AHHHHHHHHHHHH *now lodged in the wall* ow... okay NOW YA MADE ME MAD... *tries to break out of the wall. but fails to try* dang...not strong as I thought...wait...I gotta...try...HARDER *again tries to break free to no avail, but after a few seconds his hands glow slightly less rainbow and more blackish-purple*

Angelix: (pulls up her fist to Darkaru) I'll handle this Twister.

Twist: no...darkaru is mine...HE WILL PAY! *hand glows in fire as I charge towards him again*

Angelix: Fine, don't cry to me if you die.

Twist: don't judge me lady I know what I'm doing

Mason: :/ Who the ehck are YOU? I don't even remember seeing you before :/

Mason: and HOW do you know him?

Twist: for the last time darkaru.. Let go of my father or else you'll pay the consequences! *eyes now fully red with rage, small purple aura surrounding my hands*

Darkaru: Ummmmm let me think of it.... NO! *disappears with Memph*

Mason: I'll take ya there. if ya want me to

Retrieved from "https://sonicfanon.fandom.com/wiki/Memparu_(Crack_pairing)?oldid=928613"
Community content is available under CC-BY-SA unless otherwise noted.