Commission done by Ryushu. Thank you! 😊
Add a photo to this gallery 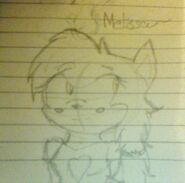 The closest design of Melissa on the Charrie Maker 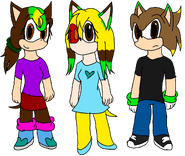 Melissa's siblings (in order of the names that's listed): Alicia, Rosalina, and Julian. Old picture/designs of them can be seen here

Melissa with her katana

NOTE: That is not Melissa's hammer. Darklord didn't have time to recolor the hammer. =/

Melissa's first appearance. She was given the nickname "Missy the Rascal"

Melissa on the Charrie Maker 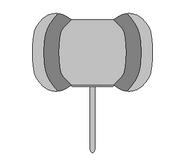 Melissa's hammer, which she calls it the "spike hammer"

Melissa in her Kimono

Melissa on the doll maker

Melissa in a party dress by Cece

A random recolor of Melissa 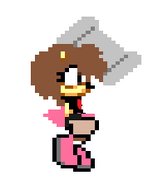 Melissa sprite by User:Sly the Fox

A 8 year old Melissa with Alli

Zeo Melissa. Old look (and I terrible at the time): click this 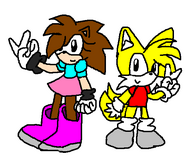 An early concept of Melissa. She wasn't known as Melissa, just "Missy the Rascal". And was 12
Add a photo to this gallery
Retrieved from "https://sonicfanon.fandom.com/wiki/Melissa_the_Hedgehog/Gallery?oldid=1865780"
Community content is available under CC-BY-SA unless otherwise noted.