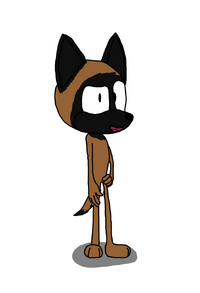 Max is a young, twelve-year-old Mobian Belgian Malinois. He has mostly light brown fur with a black face and ears, and brown eyes. Due to his imprisonment under Eggman, Max is rather thin. He is undersized and scrawny enough so that his ribs show through his pelt, but not horribly emaciated.

Max is typically very kind, friendly, and spunky. He refuses to take any nonsense from the school bully Rocco, and even stands up to Austin, who is easily twice his size. However, due to Starline's constant pursuit, and later his own imprisonment, Max is now very timid, nervous, and shy. If he meets a stranger, he will become closed off, and refuse to talk, often hiding behind someone nearby, specifically his Charizard companion Riza. If they interact with him directly, he will begin to panic. He is easily stressed, and suffers from frequent panic attacks and fainting spells. Max is also very claustrophobic, which almost always leads to panic attacks if he's trapped in an enclosed space. 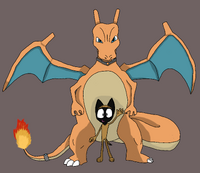 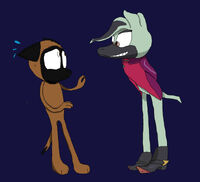 Retrieved from "https://sonicfanon.fandom.com/wiki/Maxwell_Veschell?oldid=1862192"
Community content is available under CC-BY-SA unless otherwise noted.