Mark the Hedgehog is the Fursona of Markakramgirgis.

Mark the hedgehog is an anthromorphic hedgehog who chooses to do only good actions.not only for himself but for others around him.He wears a red coat,red shoes, and black bands with a silver piece.

Mark is not a very strong hedgehog but does still have enough to defend himself (and others if needed). His specialty is fighting with his fists. He has an ability that lets him gain power when someone else is with him. This allows him to become slightly stronger swiftly defeating enemies. He can use chaos control as well as duel chaos control.He can turn into his super form by using 7 chaos emeralds.

Mark has a positive attitude.he stands up for what he belives in.He is sort of naive but can be rough if he needs to.He is open to others ideas will save the world no matter what the cause.

Mark only has one super form being Super Mark.Whenhe is in his super form he turns ice blue,his hair shifts upwards,and his eyes turn purple.He can obtain this form when all 7 chaos emeralds are in his possesion.When he is in this form he can fly and gain invicibility.On top of those abilities, he also has in battle moves which are:Beams of light, Bulldoze Beam, Ring Shot, and Head Shot.

&nbsp Currently Mark the Hedgehog has one theme song. 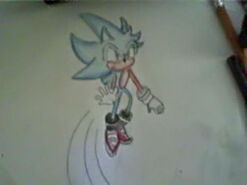 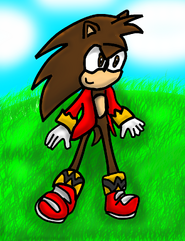 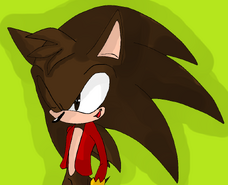 This is a picture of Mark the hedgehog made by SonicsMansion97 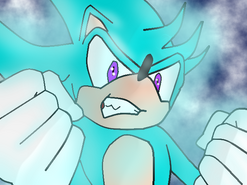 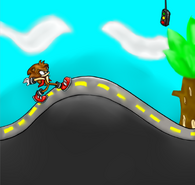 Mark in the Stoplight Zone 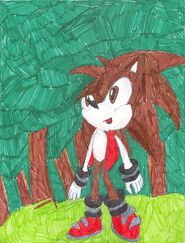 A Picture done in Markers of Mark the Hedgehog in Eterna Forest(An area located in the Pokemon Diamond, Pearl, and Platinum games also known as the Sinnoh Region) Made in Late April 2012 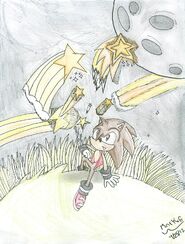 Mark looking up at plenty of shining, yellow golden, shooting stars Made due to Mark.G(Real Life Mark Girgis) getting complimented on his artwork for the first time since Elementary School. Made in Late April 2012 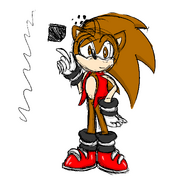 Lets Go Pixelated(2012)
Add a photo to this gallery
Retrieved from "https://sonicfanon.fandom.com/wiki/Mark_the_Hedgehog?oldid=1798306"
Community content is available under CC-BY-SA unless otherwise noted.