The story takes place a very long time after Sonic Colors and Super Mario 3D Land. Sonic, Mario and their friends are having a picnic in their universes to celebrate until a black hole sucks all of them in. That causes Sonic and Mario to go back in time and meet their past selves. After a surprising meeting, the four realize that their worlds are losing color and the time-line has been messed up for unknown reasons. The two Sonics and two Marios team up to bring their worlds into its colors, learn how to fix up the timeline and save their friends.

Like the console, the story takes place some time after Sonic's last encounter with Eggman and Mario's last encounter with Bowser. Sonic & Mario are invited to a party by Tails and Luigi. Sonic, Tails, Mario and Luigi were having chilidogs and Spagettti until a vortex sucks Tails & Luigi in. Sonic & Mario jump in but are "attacked" but they could still get in. Sonic and Mario both see a white world and wonders what is going on. Later on, they both meet their past selves. After a surprising meeting, they all realize that the world is losing color and the time-line has been messed up for unknown reasons. They all team up to bring the world into its colors, learn how to fix up the timeline and save Tails & Luigi.

Classic Sonic stages consist of him running in a permanet 2-D perspective, platforming all the way towards an end sign post, just like in the original games. Classic Sonic will be speechless.

Modern Mario's console stages are similar like Classic Mario's Except With Diffencet Styles & More Powerups. & He Is Voiced By Charles Martint. 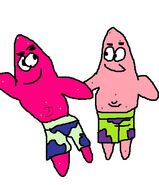 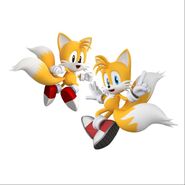 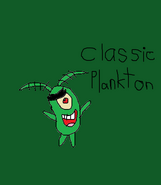 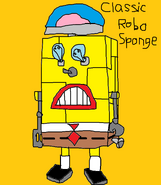 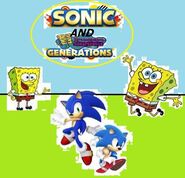 Showing of the Classic and Modern characters in Rooftop Run. 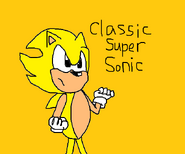 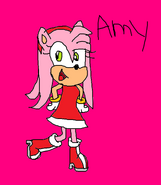 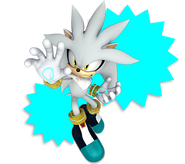 Time Eater
Add a photo to this gallery
Retrieved from "https://sonicfanon.fandom.com/wiki/Mario_%26_Sonic_Generations?oldid=1793445"
Community content is available under CC-BY-SA unless otherwise noted.