Light City is the second phase of Sonic Time Travels, with elements like Cian City (Sonic after the sequel).
It takes place in the famous city of Neonburg that is being dominated by Dr. Eggman's forces.

The city of Neonburg was a safe and calm city that was thriving on its high technology.
Until Dr. Eggman decides to invade the Red Metropoles to make his empire grand with his troops who will invade the city to increase his empire.
Until Sonic and Tails arrive in town and see that Eggman is planning his invasion, then Sonic has decided to thwart his plans once again!
Sonic enters the Empiricus Reddish State, where Dr. Eggman is inside with the Evil Knuckles a robotic and evil version of Knuckles impersonating Knuckles to trick Sonic into giving him 7 Chaos Emeralds.
Sonic sees the Malicious Knuckles and thinks it's the Knuckles and tries to fist bump and the Malicious Knuckles punches him.
Sonic and Knuckles start fighting, after Malicious Knuckles loses it explodes in front of Sonic and Tails claims he's a robotic copy of Knuckles made to fool Sonic.
Dr. Eggman sees that his plan went wrong and runs away from Sonic and Sonic will start the chase.
Sonic finds Dr. Eggman hiding in the city warehouse, with a surprise Eggman debuts his new Egg Shooter robot that has the function of throwing missiles and throwing thorns in Sonic and Tails.
After defeating the Egg Shooter, Sonic sees Eggman fleeing the Amestists mines where there are a lot of Amestists.

At present, the phase is still in the invasion of Dr. Eggman's forces, where the sky is over Eggman's ships flying over the blue sky.

In the past, the city was under construction with still traces of nature such as the tall trees of the region.

In the good future, it is still a city only without the invasion of Dr. Eggman and with a blend of technology and nature making a biological city.

In the bad future, the city is overrun by Eggman's forces and with the cloudy sky and toxic gases and a bunch of Eggman robots served to attack Sonic.

In Act 1, the phase takes place on the streets and inside some stores and malls and in this phase there are several Shuttle Loops that are extremely fast.
In this phase there are 7 giant rings hidden in the middle of the phase.
This phase ends within a famous building that is the Empiricus Reddish State.
The sub-boss of this act is the Evil Knuckles which is the robotic copy of Knuckles and his attacks are the same as Knuckles, except he drops grenades and shoots laser at Sonic and dies with 6 hits being the style of sub bosses dying in numerals. odd and even (of this style: 3,6,9,12, ...).

In Act 2, Phase further explores the city's shopping center and warehouses and shows that there are a number of Eggman robots served to attack Sonic and his friends.
At this stage there are 9 giant Rings hidden in warehouse sections and malls.
The boss of this phase is the Egg Shooter which has the function of shooting laser and shooting at Sonic and dies with 10 hits. 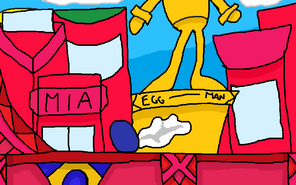 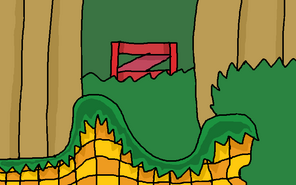 The Light City in the past time, in your constructions time. 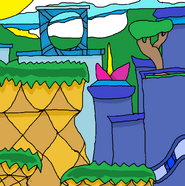 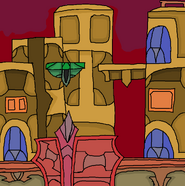 Light City (Bad Future) invaded by the Eggman forces.
Add a photo to this gallery

Retrieved from "https://sonicfanon.fandom.com/wiki/Light_City?oldid=1874951"
Community content is available under CC-BY-SA unless otherwise noted.