Lenna is a human girl and the first Colossus Enerjak in the Knights of Chaos army. She was orphaned after the loss of her parents and little brother. This turned her bitter to the world and agreed with Rutan to change the world. She eventually promotes to Knight of Chaos #21.

She is a young human girl in the age of 21. She have long blackish blue hair with a purple hair clip. Her skin is somewhat tanned and have blue eyes. She wears a custom G.U.N. uniform as none of the Knight of Chaos uniform can fit her. She also trims the pants into shorts and wear long black socks.

When not in battle she is kind and careful to everyone around her, especially to children. During her free time she goes to the medical center the tend patients.

In battle she is cold hearted and cruel to her enemies accussing them of polluting Mobius with their corruption, which is in a way true.

Due to the Colossus Enerjak Form's size, she possess incredible human strength. She also proves herself to easily break through the lines of the enemy single-handedly. She is consider to be a one-girl army.

Unlike most of the Knights of Chaos she doesn't possess a normal Enerjak form as she immediately transform into her Colossus Enerjak Form. Colossus Enerjaks are rather large non-humanoid enerjaks. Transforming into one is extremely rare.

This form combined use of three different propulsion systems (jet propulsion electromagnetic induction or MHD, and Chaos Energy jet hover craft) to ensure low noise and high mobility, both in water and on land. The Chaos generator(s) on its leg(s), hence by using the combination of submersible/hover system, it can achieve low noise condition and high mobility while in its underwater cruising mode. On ground, it can use together its Chaos generator and hover jet propulsion to demonstrate surprising agility that do not match its look. Shamblo can use the defensive properties created by its 10 reflective bits and scattering super chaos gun, which can render both solid ammo and laser attacks ineffective. Due to its stealth, the Navy called it the "Sea Ghost" or "Phantom of the Sea." 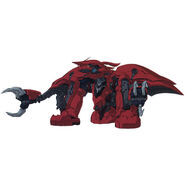 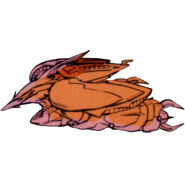 Retrieved from "https://sonicfanon.fandom.com/wiki/Lenna_(Neo_Mobius)?oldid=1445681"
Community content is available under CC-BY-SA unless otherwise noted.