Kestrel the Thylacine, otherwise known as "Dr. Rage", is a mad scientist, who first debuted in the Roleplay, known as "RAGE!". Unlike Dr. Eggman, his main goal was to make all the innocent lives of Mobius fall into the hands of an uncontrollable deranged emotion, as he is known for manipulating people's emotions with his latest device known as the "aggro band".

Kestrel is known to be a "mad scientist", due to his extremely negative emotions, such as rage, derange, demented, crazy and insane. This is most likely because he has an aggro band attached firmly onto his head, making it impossible to remove it, unless Kestrel, or the others (if they have managed to steal the remote), deactivates it. He is also a genius, known for his high chemistry skill in creating things from odds and ends, even creating beings by manipulating DNAs, mainly from his minions. He also has a sharp tongue if anyone were to make fun of his scientific genius. He also takes an extreme dislike to his real name, Kenneth, from his father, and as well as the others who would try calling his real name, since Kestrel has a short temper.

He is also famous for creating weapons, such as his Gamma Laser, and was ironically famed for becoming "The Best Scientist", although this way before he became a villain.

While not a fighter or a kinetic-wielder, his scientific genius is unparalleled as he uses chemistry as a weapon, but his main weapons are his Gamma Laser and a Saw. He also uses syringes to inject people into unconciousness, for self-defense purposes. Kestrel also commands his robotic minions to attack anyone that would stand in his way. Because of his high skills in chemistry, he can also create beings by manipulating DNAs for his assistance, although this combination were from his own minions, but has used hair strand from different persons, even his own.

His Gamma Laser is considered to be a deadly weapon, as the ray fired from it can cause thermal damage inside one's brain, or even inflicting severe headache. He also has a Saw as his secondary weapon, also used for self-defense, should any opposing foes get close to him.

Because of his lack of combat skills and kinetic abilities, it is difficult to defend himself, unless he uses his minions or his creation to shield himself from harm. He snaps very often, most likely because he was called by his real name, in which he utterly despises. Kestrel also hates daytime, as this can instantly blind him, if he wasn't wearing his protective goggles. The reason behind this because he has been living inside a large laboratory facility for 30 whole years and has never seen daylight since.

He seems to have hatred to them because of being called Kenneth as his real name. He uses his aggro bands against the Rangers, which makes them angry towards each other, as an act of revenge. 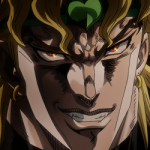