This is an article about June Lillium, a character created by VenomTheEchidna on 12/26/2012. 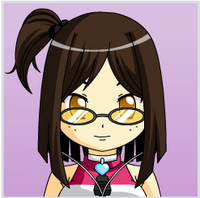 "Why would we have a reason to abuse Mobians? What did they do to us?"
—June to her father at the age of thirteen.

June is a young Overlander girl and is the only Overlander member of the Tech Freedom Fighters.

June is a light peach skinned overlander with soft, amber eyes. Her dark brown, bob haircut is shoulder-length, with a short, single pigtail. Her eyebrows are thin, and she has three brown freckles on each of her cheeks. She usually has a calm look on her face. As with all Overlanders, she only has four digits on her hands and (presumably) her feet.

June usually wears yellow eyeglasses, not because she sees bad, but because she hates looking at the sun and getting her eyes pained and dizzy. As for the real clothing, she wears a pink and white jacket with a necklace, a light blue heart hanging down from it. Underneath the jacket is a plain, light blue shirt, and her pants are navy blue jeans. She wears formal clothes on parties or other events, but she despises it.

June is your typical tomboy. She has a great passion for sports, swimming, and just having fun. She hates anything formal, but despite being a tomboy and hating formal things, she seems interested in classical music. She describes it as "new to [her]". She finds it hard to understand why most of her kind hate mobians. Although she loves her father deep inside, she hates it when he kills mobians, and would do anything to prevent him.

June was raised as any Overlander was; to have a strong hatred of Mobians. As a child and pre-teen, she would often tease and bully Mobians her age. But when she was twelve years of age, she encountered a twenty year old echidna. Offending him at first, the echidna scolded her for teasing him, and suprisingly, the girl apologized. The echidna was baffled by this, but thanked June for listening anyway. June saw that the echidna wasn't that bad, and introduced herself. The echidna introduced himself as "Milleneum", offering a hand shake. June shook it, and told the echidna to visit secretly, when her father, Scott Lillium, was working. The echidna nodded, and went home.

An Invitation to the Tech Freedom Fighters

Replace this text with some info about the character's abilities, if they have any. If they have a lot, you can list them, but if you just do a list, make sure that the list items link to pages about the abilities!

Scott Lillium (When he kills Mobians) 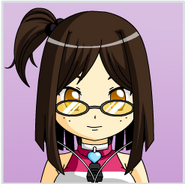 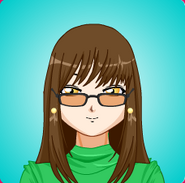 June as a young adult. Credit to Heglys.
Add a photo to this gallery
Retrieved from "https://sonicfanon.fandom.com/wiki/June_Lillium?oldid=1800708"
Community content is available under CC-BY-SA unless otherwise noted.