The God Tree (神木, Shinboku/Shenmu or 神樹, Shinju) is a mystical location and an important place that has appeared in many. It is a massive giant plant with life formed and connected with exotic nature (flora and fauna), magic and other things with sacred essence by the goddess Aeonine and her oracles thousands of years ago. It is also called the Goddess Tree (女神樹, Megami-ju).

The first layer of the God Tree. The dawn emergent has bright colorful leaves, vegetations, and exotic

The fourth layer of the God Tree. The twilight layer has the most beautiful neon environment only glows at night, unfortunately isn't active at diurnal times

The understory is a very dangerous zone forbidden to any living thing to dwell or adapt for survival from harm. Scientists studied the fifth layer which their theory was proven correct.

After the Teratrogenesis, a mysterious light came from the dusk sky formed glowing branches. The next night, another but reddish colored orb landed on an unknown discovered revealing to a humanoid woman

Kagami 2.0 reappears in the shrine with the female protagonist and Silver with shrine priestess meeting as they were reminded by her 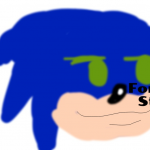