The Flower of the Wind (or simply Flower and FotW) is a minor character in Sonic the Hedgehog: Crystals of Soleanna. She's a messenger from Lunaria who comes from planet to planet go give the best warriors a

Flower of the Wind 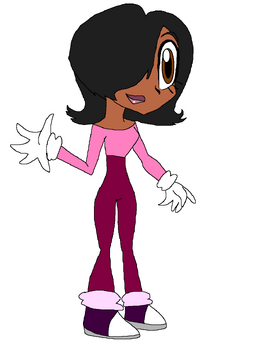 message that the public is in danger.

Flowers is a slender and beautiful girl with dark skin, brown eyes and black hair with a fringe that covers her left eye. She also wears a pink top with dark pink jumpers with white gloves, pink socks, and violet sneakers.

Flowers takes her job very seriously. She's a tomboyish and cheerful reporter who spends her free time doing other stuff without people noticing.

Retrieved from "https://sonicfanon.fandom.com/wiki/Flower_of_the_Wind?oldid=1650173"
Community content is available under CC-BY-SA unless otherwise noted.