Esme Firebreak is a Mobian butterfly and the current guardian of the katana Flare.

Esme has a very slender build, being above average height and having a very elegant figure. She has blue eyes and flowing, waist length red hair. Her butterfly wings are a mix of red and gold, forming a beautiful but simple pattern that seems to shine when light passes through the wings.

This elegance, however, is juxtaposed by her clothing. Esme generally wears worn, casual clothing that seems slightly too big for her. She wears dirty blue jeans, scruffy red trainers, black backless gloves with several fingers missing and a black T-Shirt. On top of this she wears a thick black trenchcoat originally belonging to her father, with red highlights at the bottom and on the cuffs in the shape of flames. A strap runs round her waist and the sheath for her katana, Flare, is attached to her hip this way.

The sheath itself is a simple piece of red plastic moulded to hold the katana, and is usually mostly hidden by her trenchcoat. The katana itself is a gold blade with a red hilt. While the weapon is drawn, Esme’s pupils turn red and flames dance around her feet.

Esme had a relatively unusual childhood. While she personally lived a normal life in her family’s flat in Station Square, her parents were both explorers and neither especially wanted to settle down. As such, Esme’s parents were constantly going between the flat and their adventures. When they weren’t there, her slightly eccentric grandfather looked after her. When her parents came back, they told her about the magnificent things they saw, and Esme wanted to grow up to be an explorer like them. She never did especially well in school, although she clearly had the ability: she thought you would never need maths in the jungle, although she did exceptionally well in the humanities.

When she was 16, Esme’s parents went on an explanation of a recently excavated ancient city and didn’t return. Esme decided now was the time to follow her parents, so she packed a bag and went into this city: the lost city of Kemiroth, an almost entirely underground city with architecture similar to that of the Mayans. Due to her youth and inexperience, Esme found it extremely hard travelling the perilous underground city with quickly depleting rations and the risk of traps being ever present. However, through force of will she managed to find a massive underground pyramid, and attop the structure's alter was a katana, and next to it was a trenchcoat that belonged to her father.

Esme picked up the katana, which telepathically revealed itself to be Flare: a sentient katana with the soul of a great magician inside it, giving the weapon fire powers. While initially terrified, Flare explained that it didn’t mean to harm Esme, and in fact knew what had happened to her parents. The two explorers had, according to the katana, been about to pick up the katana when they and the group they were with were attacked by a rival group of treasure hunters. Esme father had lost the trenchcoat in the ensuing scuffle, and the treasure hunters were about to take Flare when the katana unleashed a blast of flame, forcing the treasure hunters to retreat with the captured explorers. Flare agreed to help Esme find her parents in return for letting it see the world. Esme took her father’s tenchcoat and agreed, now fighting across the globe to find her family.

Esme is not one for subtlety. She usually acts in a way that makes her emotions appear ten times more fierce than anyone else’s: happiness results in boisterous laughter, sadness results in absolute despair, and anger usually results in her drawing her katana. She is usually happy, however, entering every situation with a smile and a cocky demeanor.

Esme’s powers are tied to her katana: while in her possession, she has pyrokinesis, allowing her to manipulate flames. In order to properly use these abilities to their fullest, Esme has learnt how to wield the weapon, often using it in conjunction with her powers. 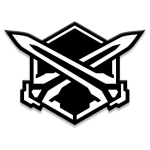 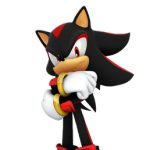