Why not check Sonic News Network for information on the original Eggman Empire? 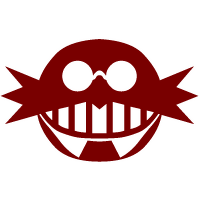 The Eggman Empire (エッグマン帝国 Egguman Teikoku), also known as Eggmanland, Robotnik Empire or Robotnikland, is the capital that Dr. Eggman wishes to establish to rule the world from.

However, for now it is used figuratively by Dr. Eggman to boast of his political and military power.

Invisioned as a semi-automated industrial city with machinary as it's architecture, such cities have existed in the games such as Metropolis or Eggmanland which Dr. Eggman had favoured as his seat for his Eggman Empire.

Eggman wants to build the Eggman Empire. He Invisions it as a semi-automated industrial city with machinery. Eggman uses it figuratively to boast of his political and military power. Once he built the Eggman empire, it took over Japan. The robots climbed up to the top of the Tokyo Tower and replaced the Japanese flag with the Eggman Empire flag. The Eggman Empire stretched from England to Japan.

In BearfootTruck's stories — mainly the ASMW series — the Eggman Empire is not just one city, but an entire country. When Sonic was five, Robotnik ousted the king & queen of Mobius in an aggressive coup. Together with his nephew Snively, they claimed the country for the Eggman Empire. He also resumed the war with the Roseinian Empire.

Robotnik's eventual plans are to expand the country to encompass the entire globe. However, there are two things in his way: First of all, the Roseinians are a very determined people, and even when outmatched in some way, they won't give up. Second of all, Sonic and his friends have been causing plenty of trouble for the doctor, preventing him from expanding much further.

The Eggman Empire is depicted as the Confederation of Robotnikland - a resemblance of Eggman Empire's previous name - a long lasting state that is always the opposition of many other countries. It is known to have taken over the Americas, in Secrets Revealed and Northern Africa, in Blaze' timeline.

Robotnikland had sent various attacks to many countries such as the Kingdom of Sol, the United Federation, the United Kingdom, the United States, Sudan and various other countries. However, it ends up being obliterated by various minorities.

In the Chaos Universe, The Eggman Empire was a terrorist group lead by Eggman and Metal Sonic. Their only goal was to destroy the entire planet, and claim it as his own, with the help of the Chaos Emeralds. Gauntlet the Echidna joined the Eggman Empire after being discovered by Eggman in the woods. Because of Gauntlet's knowledge of the Emeralds, Eggman learned a lot of information from Gauntlet, and he even got his own pair of Power Gauntlets. Because of this, Eggman made Gauntlet one of his best scientists. 20 years later, he was broken free of his corruption from the Dark Emeralds, and tried to escape. He failed, and was turned into a slave robot, that now works for Eggman for all of eternity.

In the Marshalia13 Universe, the Eggman Empire was established while Dr. Eggman was King Acorn's royal advisor. It has claimed parts of the planet through the might of its Egg Army and Badnik Horde, as well as the advanced technology created by Eggman and his underlings. However, the empire faces continued opposition in the form of nations such as the Kingdom of Acorn, Avalon, and the United Federation, as well as in small groups of Freedom Fighters

As in the games, so far it is the deluded goal and proud call of Dr. "Eggman" Robotnik. Still, Mystic respects those with large goals, just doesn't respect Dr. Robotnik and goal of world domination.

While Eggman has various bases of operations, most temporary, his home away from home is the Egg Carrier. Both Egg Carrier as well as Eggmans promise of his empire will be in Mystic Monkey Adventure and Ultimate Sonic. The Eggman Empire playing a more bigger role in the Sonic World, not only responsible for the robotisizing of the rare chao but also Dr. Eggman's guild is named after it.

Eggman Empire Map, by ManiacComics3445
Add a photo to this gallery
Retrieved from "https://sonicfanon.fandom.com/wiki/Eggman_Empire?oldid=1837561"
Community content is available under CC-BY-SA unless otherwise noted.