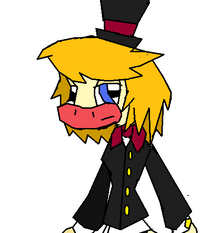 Dayton is a normal colored Scraggy with Blonde Hair.He wears a Black Coat,along with Black Pants and Black Boots.

Dayton is a loner type and usually never sociallizes.Because of his loner personality he's usually quiet and somewhat civallized.Dayton can be a determined person when he wants desperatley,like the way he wants immortality.Dayton also can get hasty at times.

Not much is known about Dayton's history.He doesn't know his real parents and was raised in an orphanage until the Glameows came by and adopted him.He used to get into fights with Rosadiya until a munchlax named Katelyn saved him from a really harsh attack from the Treecko.He spent sometime with him talking about Rosadiya,her immortal powers,and their pasts,eventually realising they had alot in common.The two would become a couple and whenever Katelyn goes to Aetermen he is the firt person she goes to see.Dayton still hates Rosadiya.

Dayton is envious of people,so if used against him correctly it could create a weakness for him.

Dayton is Weak to Flying and Fighting type Mobian Pokémon. 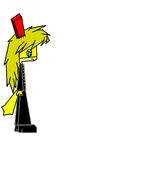 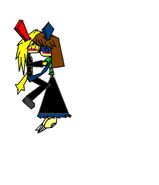 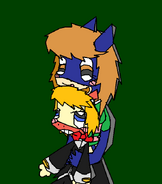 Dayton being hugged by Katelyn
Add a photo to this gallery
Retrieved from "https://sonicfanon.fandom.com/wiki/Dayton_the_Scraggy?oldid=1524873"
Community content is available under CC-BY-SA unless otherwise noted.