This is a article about the Roleplay Verison of the Final Boss of DTHVaren's fangame, Endless Legacies: The Road to Peace. This verison of the character is STRICTLY roleplay. If you wish to involve this character in one please contact me.

This is an article about Crimson - God of Despair, a character created by DestructionRobotnik on 07/2/2015. 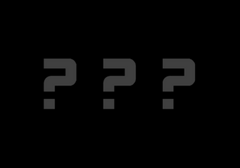 The End of Mankind
Age
?? ( Has lived for a Total of one Hundred Years. )
Gender
Male
Species
Hedgehog

The Thrill of Killing
Dislikes
Heroics

Unlike his Main Counterpart, Crimson takes the psyicial form of a Red Hedgehog with soulless black pupils as his true form is a chaotic beast. A husk of his sadness and despair.

Unlike his Main Counterpart, Crimson's very talkive and usually sets a extremely dark and depressing mood for any situation he's in just by talking. His power builds up intimidion among his enemies. He does not care for anyone's well-being or fightning. In the end, all he wants is to make people suffer for the thrill of killing.

Unlike his Main Counterpart, We've managed to get some history on him. Crimson ( like his Main counterpart ) was born 100 years back on Mobius. Some people believe it was impossible for someone mobian to live during the time of Earth before the Xorda attack. Truth is that Crimson is from a semi-alternate Mobius where Mobius was always around and Humans / Overlanders never existed. Deadshot has a mysterious connection to Crimson's past which might play a huge role with his main counterpart and in Endless Legacies.

Like his Main Counterpart, Crimson has a wide range of mysterious yet effective powers, One of which being the power to create something out of nothing. Crimson's been sealed so long in the darkness...He's adapted and now can create anything he wishes out of complete darkness. The darkness pretty much BENDS to his will litteraly. He's a force to be reckoned with and one of the most dangerous people alive. However UNLIKE his Main Counterpart, He can use the powers of a GOD. It is unknown how he got the powers of a God, But from what we know...He's extremely powerful with them and is STILL powerful without them.

Like his Main Counterpart, Crimson's ability to use TWO Keyblades allows him to use his Brother's stolen keyblades, Lunar and Flare, which prove to be effective on the battlefield with specfic conditons. If the moon is out, Lunar can be used effectively. However if the moon is full then Lunar's abilites can be used to it's full power. Same goes with Flare. ( Only difference is Flare uses Solar / Sun Power. ) The immense power of the Two keyblades puts icing and a cherry ontop of a perfect cake of evil ( LOL ). However UNLIKE his Main Counterpart, His power goes to greater lengths. He can summon monsters from the depths of the Underworld along with reviving people that have use to him. With these powerful abilties, Almost nothing stands between Crimson and his desires.

Like his Main Counterpart, Crimson's greatest weakness might be his humanity ( mobianity? mobinity? WHATEVER YOU CALL IT. LOL ). He's still Mobian beneath of all that raw darkness. But UNLIKE his counterpart, He has no remorse for his past. He often reflects on his past being the thing that made him into the "executioner" that he is now. He seems to love his sad dark past even though it's caused him Grief(get it? LOL),sadness, and despair.

Suprisingly, Crimson has shown kindess to Lunari while still retaining his cocky attiude. His relationship with Lunari is still just newly created. But he seems to be loosing up to the world around him. Is he losing his sadistc nature?

Retrieved from "https://sonicfanon.fandom.com/wiki/Crimson,_God_of_Despair?oldid=1605734"
Community content is available under CC-BY-SA unless otherwise noted.