Cole is an averaged height black furred Thai fox that wears bandages around his hands and feet.

Cole is a polite gentleman with a cocky attitude, he has better control of his anger than his brother Dynamo. He is often feared because of his bandages and people think he is part of the Shadoloo, however this is not true.

Cole was born in Thailand on November 11, 1997. When he was only 5 years old, he discovered he could move rocks around without touching them when his village was under attack by a massive rock slide, thus when he was 10 years old, he discovered that he was the god of rock/stone. Sometime after Sagat resigned from Shadoloo, he found Cole sleeping under the Bhudda statue. When Cole awoke, he saw the tall Maui Thai legend and asked to train, Sagat agreed to do so. Adon soon found out about Sagat's new student and challenged him. Cole defeated Adon using his rock abilities, Adon swore revenge on Cole. He currently has a job of making stone statues and selling them as a living.

Cole has the power to create and modify any kind of rock or stone, which means he can create any kind of gem he wants but it takes hours for him to create a single grapefruit sized diamond. He can also change a type of rock to another (Ex. from marble to thunderegg). He also uses his Maui Thai skills with his rock/stone shifting to deal more damage to his opponent.

Cole has all knowledge about every single type of rock/stone in existence, he has written countless books about all kinds of things rock/stone related. He can pick up any kind or size of rock/stone, however this does not mean he has super strength in general, this baffles many scientists who study him.

Cole is a trained Maui Thai kickboxer and has won almost every Maui Thai tournament. He has learned to make stone statues by imagining the product, then it slowly forms into reality.

Cole's weakness is explosives, mainly because most are usually powerful enough to destroy rock/stone.

Cole is based off of both Sagat and Adon from the Street Fighter series. Cole's weakness to explosives is a reference to the MegaMan series, this is due to explosive weapons are the weakness of rock type robot masters. 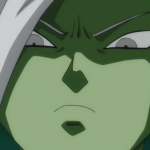 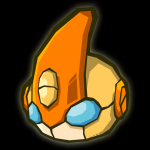