Clytemnestra the Celestial is a soldier from the Light Clan of Celeritas. She is a strange Celestial-Being, in the form of a bat.

Clytemnestra is in the physical form of a bat- which she has taken on in an attempt to blend in with society. She is thin and dainty, seemingly fragile. Her fur is black, and her skin is a tan-ish color. Her hair is also black, with blonde tips. Her eyes are a gleaming, silver color, and they sometimes appear to be a very light blue.

The things that separate her appearance from a bat are her markings, ears, and tail. She has blue markings on her muzzle, and above her nose, which give her a tribal look. She has violet-blue "adornments" hanging off of the tips of her ears. These "adornments" act like antennas, and they help her sense things moving from almost a two miles away. Her tail is rather dragon-shaped, and the tip of it is shaped as a razor-blaze. Her tail also has blue jewels lodged into it.

Her Celestial form is shown above.

Due to sometimes straying away from the clan, she wears normal clothing. She usually wears a black and white jacket, long bluejeans, white gloves and socks, blue and white shoes, and a white and grey striped shirt.

Though, she has another outfit that she wears while working as a soldier in the clan. Her suit is made mostly of black and white armor. She also wears a helmet, with the Light Clan symbol on the front of the helmet.

Her clothing and certain aspects to her appearance (such as the dip-dyed hair) stem from the fact that she has taken a liking to Mobian fashions and wishes to project them upon herself as well.

Almost nothing is known about Clytemnestra's history. Her childhood, and even how she came into the world is unknown. Even Clytemnestra herself cant even remember that far back. However, she can remember small parts of her life, such as her family (Zephyr is the only one known at the moment). This is most likely due to age.

Clytemnestra is a quiet girl, though when given the chance, she makes an attempt to be humorous and casual. She has learned to be laid-back during her years, but still possesses the ability to be stern and serious when the situation calls for such behavior. Cly is very knowledgeable and has quite a few wise words of wisdom for those who wish to hear it. She, when angered or frustrated, is prone to violent fits and during these times it is best to leave or keep away from her (though she doesn't tend to go after others). She's very destructive if given the chance. Though it may not show, she is also very spiritual, and does believe in karma. She seems to take superstitions seriously as well, having a knack for obeying Mobian superstitions often.

Neither - she is mostly displayed as neutral. For the most part, she will play onto the 'good' side, as she is naturally prone to wanting to do the right thing. But with the capability of playing into her own wants or needs, and having the ability to get what she wants when she wants it, she may end up doing whatever will benefit herself. Which might involve doing the wrong thing.

Clytemnestra has a variety of abilities. She is very flexible, and it is almost easy for her to get around obstacles. Even though her wings have a small wingspan, she is able to fly, and even produce small whirlwinds. Her "adornments" on her ears, which act like antennas, are able to sense movement from some ways away. She has an above-average stamina level, so she can keep up with someone when she is running. Clytemnestra can also use weapons, mostly guns and swords. Though, she only uses weapons for training (and if she has to in actual battle), and will not use them for nonsense violence. She is a learner in Solaramancy, and even though this ability is somewhat useful to her, she is a little rusty when it comes to quick-witted fighting.

Clytemnestra, not originally from Mobius, has a weak immune system and is prone to diseases - at least in her Mobian form (which she is almost always in). Besides that, it is somewhat easy to trick her if you can come up with a good-enough lie (related to customs or 'acceptable behavior', for again she hasn't been on this planet for so long. Even if she's wise, she's still manipulable). As stated above, she may end up getting herself in trouble due to playing into her own wants. While in Mobian form, she is unable to use any Celestial abilities she may possess - and she's made it a point to never deter from this form while in the vicinity of other Mobians. 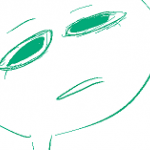