This OC was made by AmyRoRo, do not use. One piece of art was made by Manic T.H., another by Darkazii, one more by Emi, and the rest by AmyRoro. 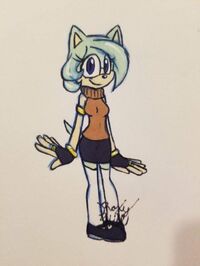 Celeste is a small, chubby mint green hedgehog with deep blue eyes and pale skin. She has two bangs, one large that swoops over her right eye and the other on the other side, curling upwards. Celeste’s quills are short and curled towards her head. She wears a tan sleeveless turtleneck sweater, a deep blue short skirt with matching ballet flats, white stockings, blue gloves with a golden ring around the middle finger, golden bracelets, and a golden arm bracelet on her left arm.

Celeste is a very shy and modest girl, being very socially awkward and anxious. She’s a pushover so she can’t really fight back in any situation from bribery to self-defense. Celeste is easily scared and is very sensitive. The greenette can’t handle violence of any sort and immediately cries when violence is directed towards her.

Since Celeste is so shy, she tends to stray away from social interaction, making her awkward to talk to. She is usually quick to open up once given a reason to thing who she's talking to is nice, yet she's very naive.

Celeste was born into a poor family, her mother died when she was a toddler. Celeste ran away from her abusive father and was soon relocated to an orphanage before getting enough money to buy a small cottage in the forest where she lives alone.

Celeste has a hobby of learning medical techniques and is skilled in the medical field. She knows CPR, how to keep patients calm and so on. Yet this skill is very limited since Celeste can't handle much blood without feeling the urge to puke.

Celeste is very literate, her favorite hobbies being centered around writing and reading. Given enough time, she could learn someone's handwriting and make a forgery. She has never thought of doing this though. She also is very skilled in debate.

Celeste doesn't exercise besides taking walks in the forest every once and a while. She has little stamina, is very clumsy, has low speed and so on She isn't good at self-defense either, being beaten easily. Her strength is low to where she can't handle certain everyday objects.

Celeste is very awkward and anxious when it comes to social interactions with humans and other mobians. She is easily hurt or guilted, making her an easy target for bullying and so on. Her self-esteem is very low so she tends to think that people dislike or, making her apologize all the time.

Celeste admires and respects Sonic for how brave he is. She is very shy around him considering how popular and praised the blue blur is. She is envious of how he's so heroic but doesn't let that get in the way of her gratefulness that he's always there to save the day.

Celeste is a little less shy around Tails than she is around Sonic because of how tails acts. Celeste tends to warm up faster to people who are more humble.

Celeste is downright scared of knuckles, sometimes being too shy or scared to speak correctly. She knows that he's a good person but is too scared that she will anger him.

Celeste is just as scared of Amy as she is of knuckles. She's terrified that she will anger the pinkette and get hurt. She secretly dislikes Amy for how childish she acts. Nonetheless, Celeste stays friendly no matter how scared she is.

Cream is the person Celeste is scared of least, Celeste being comfortable around the young rabbit. Celeste is still scared, being scared that she is a bad influence on Cream.

Celeste thinks of Vanilla as a second mother by how she treats Celeste. Celeste goes to Vanilla to talk about her problems and worries.

Celeste pities shadow about him being so "lonely". Or at least in her eyes, he's lonely. She would attempt to approach shadow and talk to him but would get the cold shoulder or wouldn't even talk due to intimidation.

Celeste dislikes rouge but still stays polite to her so she doesn't get on Rouge's bad side. Celeste is envious of Rouge's body. Nonetheless, Celeste is friendly no matter how much her envy gets to her.

Silver makes Celeste laugh at times, Celeste finding Silver as one of her best friends. Celeste developed a crush on silver after a while, finding him heroic and brave. 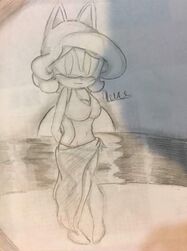 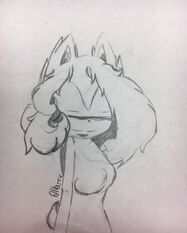 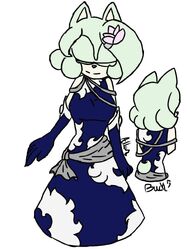 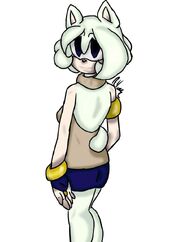 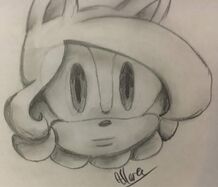 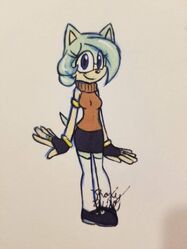 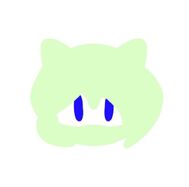 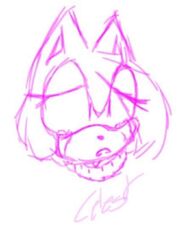 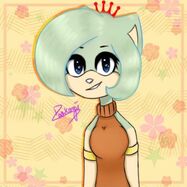 Add a photo to this gallery
Retrieved from "https://sonicfanon.fandom.com/wiki/Celeste?oldid=1835783"
Community content is available under CC-BY-SA unless otherwise noted.