You aren't required to be a good guy to be a hero. A hero is not merely measured up in morals. You can be a good person and still not be a hero. Sure, you may save lives and fight evil, but doin' a simple good deed or two for your own benefits doesn't make you one. To be recognized as a hero is to have done a lot of great things because people are in need, not just because you're lookin' for glory. These aren't heroes, these are just people with morals associated with being said profession. Bein' good doesn't automatically make you a hero.

Sonic can be considered a hero because he's not in it for recognition or the glory. He does because he feels like he has to because other people are in need. Regardless, he is recognized for saving so many people's lives time and time again with a selfless attitude. Hell, even Sephiroth in his SOLDIER days was considered a hero. Kaihedgie 15:42, 26 May 2009 (UTC)

My character, Danny, isn't a hero. He takes down an oppressive organisation, rescuing thousands of prisoners, saving lives of any future victims of the company and doing what he can to save the people being attacked by the organisation. But he has a personal link to them, he fights because he has to and protects because he has to. He's not a Hero, he's a Mobian being who got caught up in something huge -- Dark Paladin Danny 15:56, 26 May 2009 (UTC)

Hero is one of the most vague words in the english dictionary. It's one of those words that is merely an expression of opinion. Like Justice, and Freedom. One person can consider a Hero to be someone who does good deed, while another could consider a Hero to be a man who will act selflessly. --Guyviroth 16:31, 26 May 2009 (UTC)

How do you add your fanons to this category?

Go to the bottom of the page and you'll see a button that says "Add Category". Click on that and you can add a category to the page. Want some cupcakes? 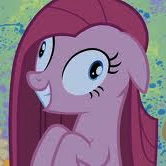 Retrieved from "https://sonicfanon.fandom.com/wiki/Category_talk:Heroes?oldid=1163136"
Community content is available under CC-BY-SA unless otherwise noted.