"My gem and name are black, but my heart is far from it."
—Jewel

Black Jewel, commonly just called Jewel, is a hedgehog created by Gerald Robotnik by request of Maria Robotnik. She was created to be a companion (what kind did not matter) to Shadow should he have to live without them, so he would not lose his ability to feel happiness.

Black Jewel is a young-looking (about 16) female hedgehog with pale brown fur, having four quills in the back of her head and four bang-like quills in the front, with black hair on her head. Her eyes are dark blue, and she has a peach-colored muzzle. She dresses in a black T-shirt with a red Black Arms symbol, purple tight pants, gray boots, and white gloves. A black gem is embedded in her chest above her breasts.

Jewel has a similar personality to Shadow, being stubborn, sometimes cocky, and somewhat soft-spoken, but unlike him, she has no aversion to others and has a much more open heart. Her most striking quality is her loyalty to Shadow: no matter what, she will not leave his side in times of danger and would never think of betraying him. She is the only person that can actually make Shadow smile often.

Jewel has an odd quality to her that prevents her from holding grudges, quite similar to Sonic. She almost never holds ill will against anyone, as she believes that if no lasting damage occurs, there is no need for a grudge. The only exception is Black Doom.

All of Jewel's powers come from the gem in her chest. 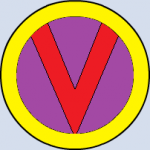 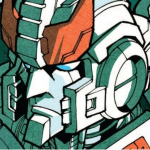