Ariana "Ari" Wolverine is the fursona of OkamiKek.

Ari has the typical appearance of a wolverine. She has a long, dark brown coat, with black and cream colored facial markings. Her legs and arms are also colored black. Ari has small, rounded ears, and a dog-like muzzle which is medium in length. She has brown almond shaped eyes, which are unusually small for a Mobian's, and look red in certain light. She is also somewhat stockier than a typical Mobian, and has short legs as a wolverine normally would. Finally, Ari has the traditional fangs and sharp claws as a wolverine, and a relatively flat, bushy tail.

Being a fursona, Ari is much like her creator in terms of behavior and personality. Both Ari and her author are usually reserved, stoic and quiet. They aren't very social individuals, and have very few friends. It is quite difficult for the wolverine to communicate with strangers due to her shy nature. However, depending on the person, she may find it relatively easy to open up. Ari and her creator also seem to have more interest in fictional characters than people. This irritates many who meet them.

Both are also fairly prone to anger. This is slightly more exaggerated in Ari, though, mainly for more comedic effect. (TBA)

Ari grew up in a household of five, and was the youngest of three siblings. In her early childhood, she often looked up to her two older brothers (much to their dismay). She also frequently admired her father, having a better relationship with him than with her uptight mom. As she grew older, though, she grew to dislike her brothers, though her close relationship with her dad retained. (TBA)

Despite wolverines being rather small animals, they are very strong, even capable of taking down caribou. Likewise, Ari is also strong. Her punches are sure to hurt her opponents.

Ari is a nocturnal animal, so she can see well in the dark. However, this leaves her daytime vision at a disadvantage. Her hearing is also exceptional.

Ari is an amateur artist; she can't paint or draw anything impressive, but her skills at art are noticeable nonetheless. She also has a somewhat decent singing voice, having been mostly self-taught. Finally, Ari is good at writing essays, articles, and stories.

Ari is a normal Mobian unlike Sonic, so she is not capable of running at especially high speeds. She is also not particularly intelligent. (under construction) 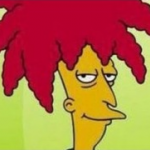 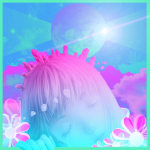 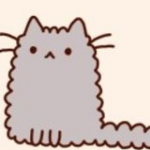