Aqua the Guinea Pig is a guinea pig girl. She is friends with Erica Sakura and Punk the Pikachu. She is somewhat self-centered and a know-it-all, yet at the same time can be a ditz. She's still a good friend, though. 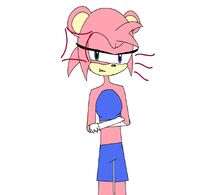 It is unknown what Aqua's personal life was like before Erica and Punk came along. She first met Punk and Erica at a showing of Pokemon: The First Movie, and it was an instant friendship after that. She scheduled playdates with her new friends, and she moved into their apartment when she was 12. She became a bit irritable after she hit 12, but she still tolerates Punk and Erica's "strange" antics. After all, she's known them since she was 6!

Stern and somewhat motherly, Aqua seems to be the most mature of her team most of the time. However, she may see her self as too mature compared to the rest of her friends from time to time, and thus may get a big head and make a fool of herself.

She also tends to screw up when she means to avoid doing so, such as telling Erica not to do something, only for Erica to do it anyway.

Aqua is a pink guinea pig. She keeps her hair pulled back in a ponytail, and her clothes are blue. She wears elbow-length gloves. One of her eyes is blue, while the other is green. She wears white shoes.

Aqua is voiced by Rachael Lillis in English and Keiko Toda in Japanese. These are some things she would say:

"Quick you two! RIDE ON THE CLOUD!" 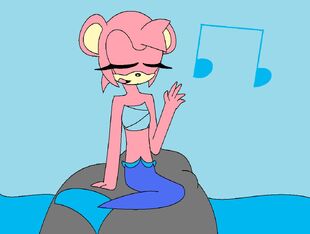 Aqua dressed as a mermaid. (She has dreams too!) 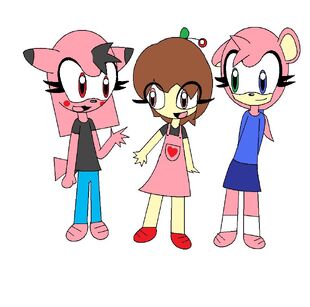 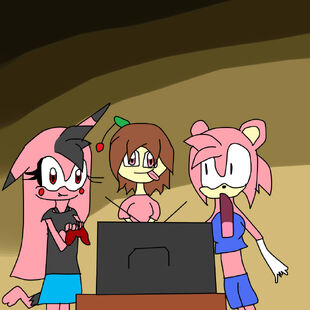 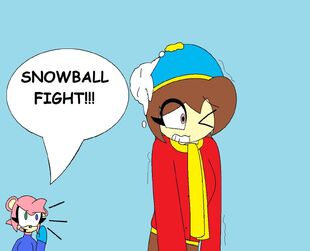 Aqua and Erica starting a snowball fight.
Add a photo to this gallery

Retrieved from "https://sonicfanon.fandom.com/wiki/Aqua_the_Guinea_Pig?oldid=1867786"
Community content is available under CC-BY-SA unless otherwise noted.