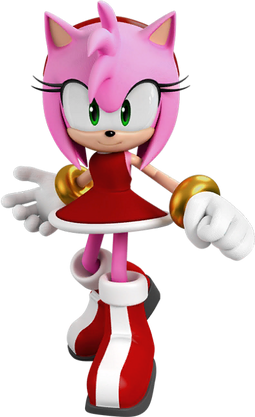 Amy Rose is a mobian hedgehog and one of Sonic the Hedgehog's biggest admirers and trusted allies. She is the leader of Team Rose.

Retrieved from "https://sonicfanon.fandom.com/wiki/Amy_Rose/Marshalia13%27s_Universe?oldid=1787906"
Community content is available under CC-BY-SA unless otherwise noted.