The works of Edgar Allen Poe

People who defy him

Acid was born in Manhattan, New York on January, 1, 1997. He grew up being bullied, and having few friends due to him having a broken family. But one day when he was 16 while being stoned by some of his classmates his powers awoken. He would use them to deflect the stones and even managed to kill one of them.While he was arrested he managed to get away with minimum punishment due to it arguably being in self defense. He would manage to graduate High School with mostly A's. While in college he would develop his ideology that only the strong can survive. He would use his studies to create a form of explosive that has many similarities to Aziroazide azide. He would post college form a terrorist organization known as Balor after the Fomorian king of Irish folklore. He would use this organization to kidnap many people and use them as test subjects to in his head "Improve" them by mutating them. If they were successful he would use them for an army to kill those he declares unworthy of living, If unsuccessful he would kill them via a poison that causes a slow and agonizing death. Acid has gained a group of followers who willingly obey his orders. He has also affiliated himself with a secret society that has pulled the strings of many world leaders. Though he is still a low ranking member. He currently is planning to force a hostile takeover of the conspiracy to suit his plans. (Spoiler: He will fail miserably)

Acid has shown a lack of empathy toward others on multiple occasions. He has also been shown to have a massive ego, and a god complex. Acid is also openly gay. 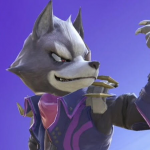